A chaotic troupe of not-quite-human troubadours and (im)morality players take to the streets in a topsy-turvy frenzy. Grotesque Bodies is an original bouffon walkabout street spectacle which brings carnivalesque glee with a contemporary twist to troubled times. Grotesque Bodies is a joyful celebration: a carnivalesque street spectacle which will transform the streets, surprising, challenging and delighting all who encounter it. The carnival traditionally turned the accepted social order upside-down. It is our opinion that after the past year, the world now needs putting the right way up, and what better way to do so than street spectacle? It’s not just fun and games, though. These surreal, hilarious and ambiguous creatures have something to say, and they don’t need a stage to say it. Through a series of short scenes, the creatures burlesque themes of consumption, waste, inhumanity, corruption, and greed, poking at the pillars of society to see if they’ll fall down. 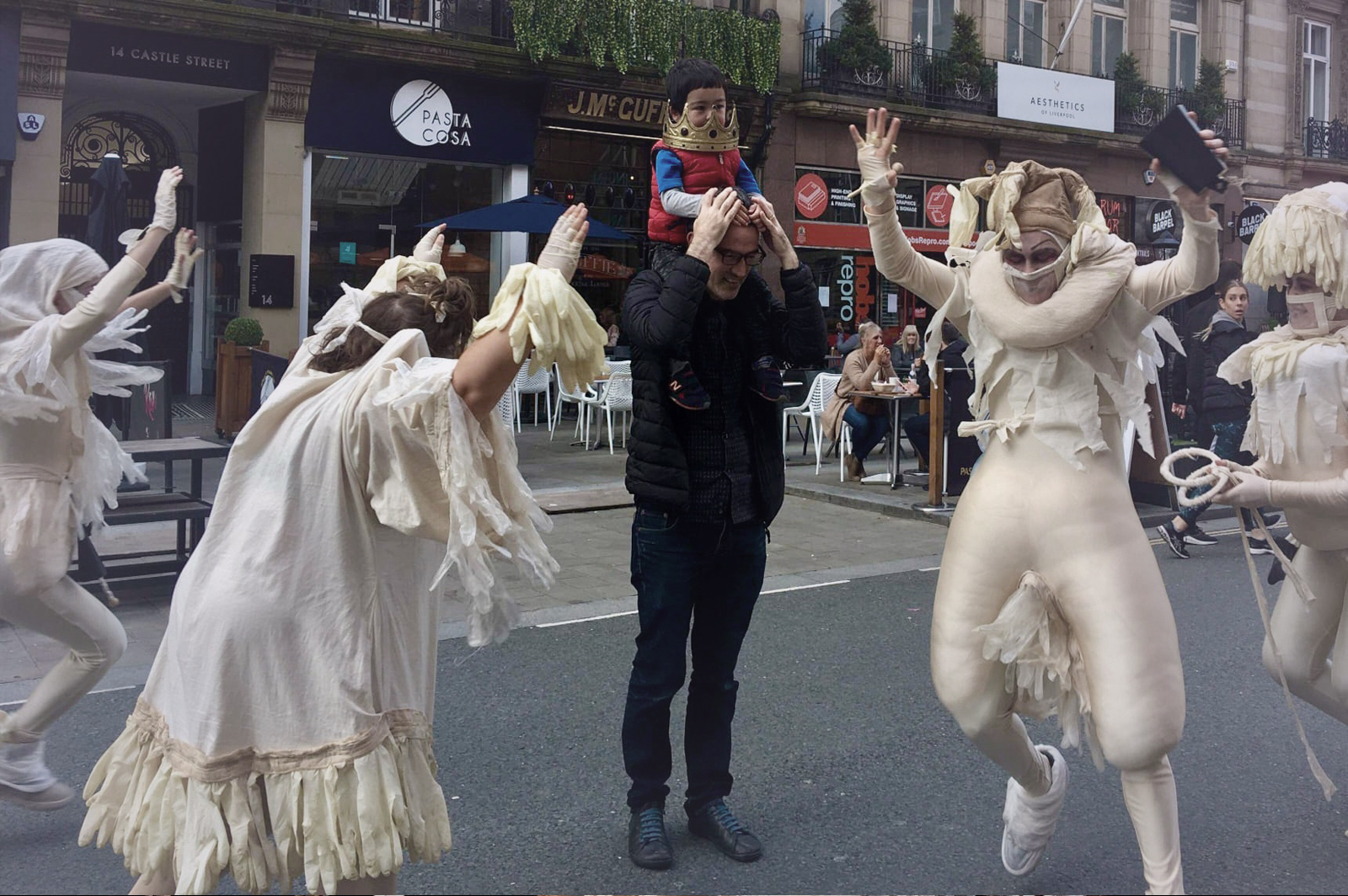 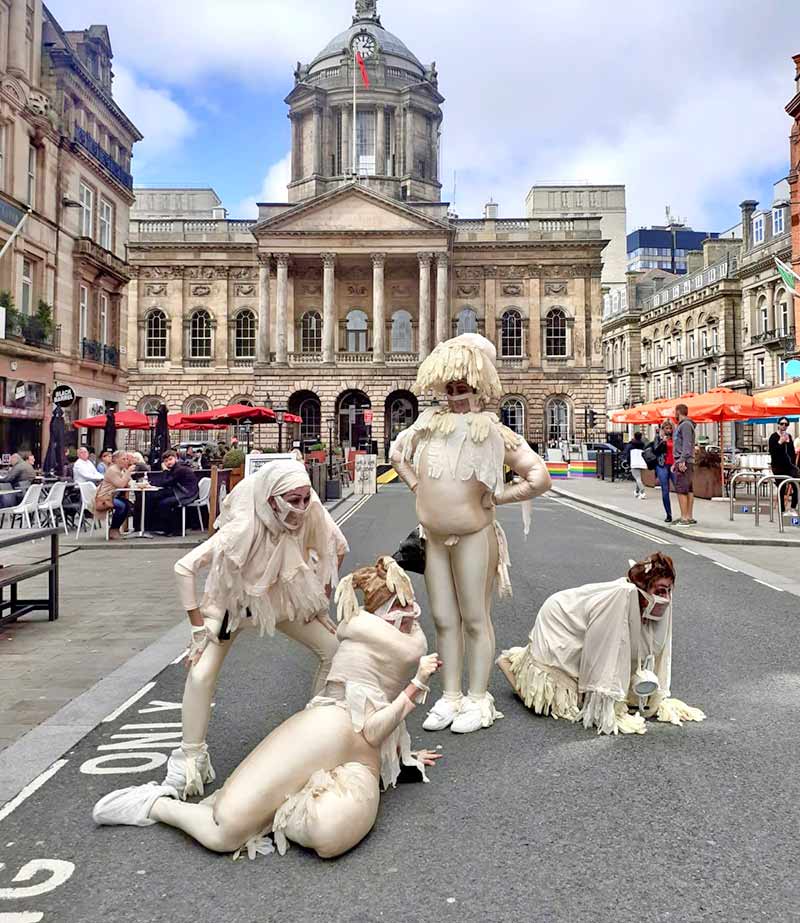 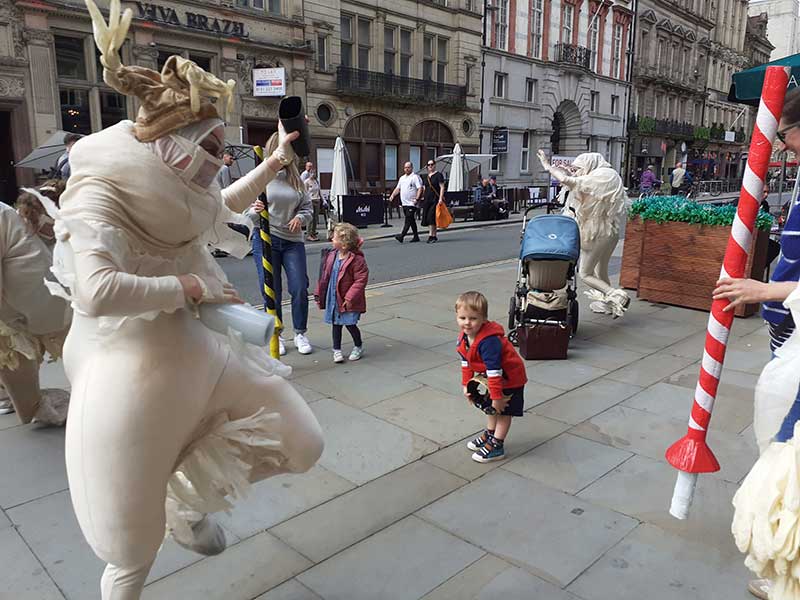